Our U.S. women’s national soccer team plays England in the World Cup semifinals Tuesday in Paris. You already know the U.S. kick-ballers have a growing legion of followers, including Old Grump here.

Tomorrow and beyond, my greatest wishes:

Miners football coach Dana Dimel has his own way of sidestepping political manure.

“No disrespect,” he told me just after coming from Kansas State. Respect women, faculty and staff, Old Glory and the National Anthem and “Eyes of Texas.” So far, his message has come through.

At the World Cup, at the Sun Bowl, on the UTEP campus, let’s hope we can focus on the competition, not a peripheral sideshow. Keep the main thing, the main thing.

{McDonald is a UTEP grad and a two-year starter in football absent of singing talent. For reasons of his own, he stands for the National Anthem. His most recent book, Beyond The Big Shootout – 50 Years of Football’s Life Lessons, is available online at <BeyondTheShootout.com>.}

There’s a hole of regret, right here in my orange heart.

Searching for stability, UTEP coaches are likely to rely on multiple QBs to control the game clock, move the down markers, avoid turnovers and protect a defense rebuilding in the secondary. 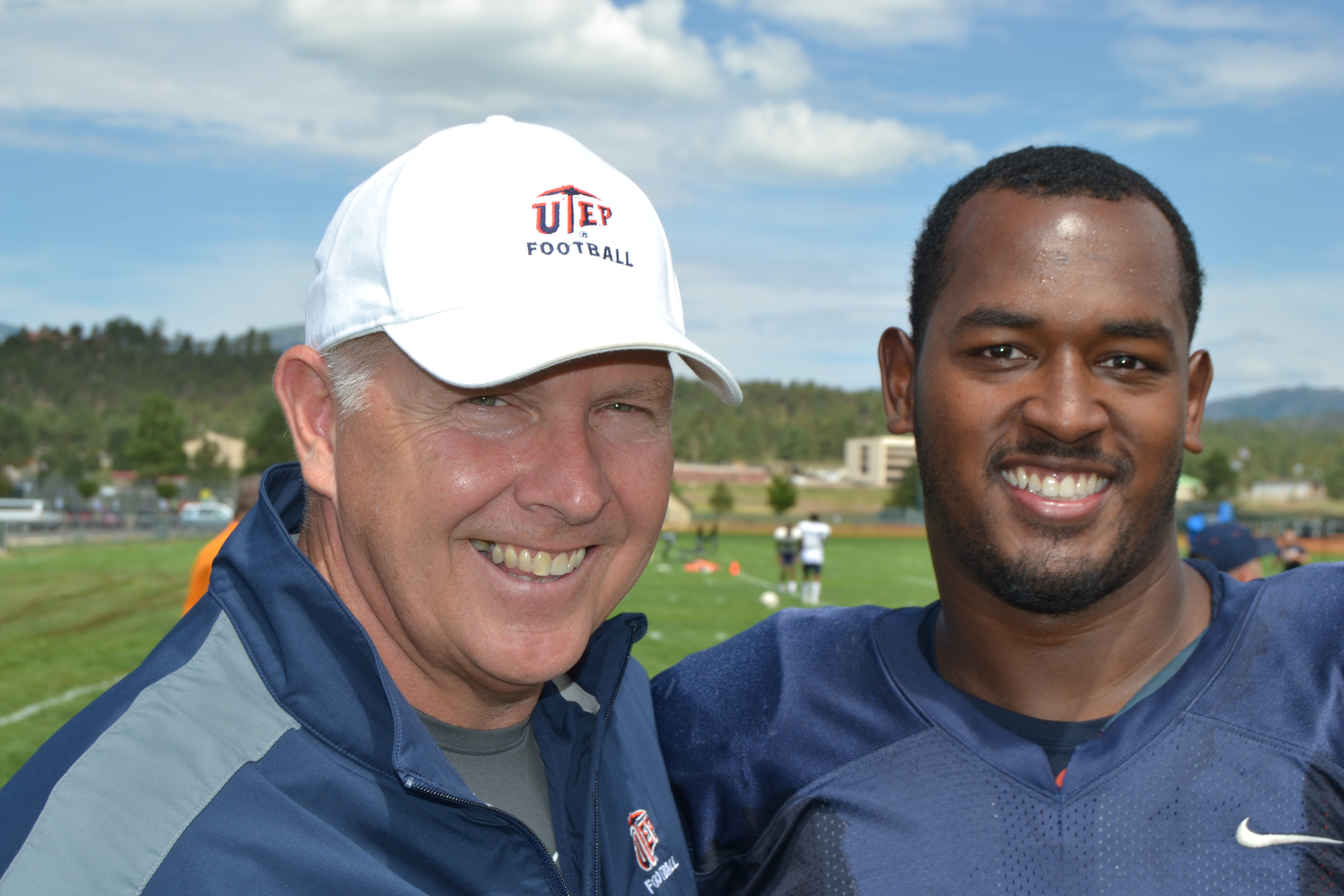 So what we Miners forever have here is exactly what our rebuilding team needs from a veteran with 24 career starts – leadership.

No Apologies Here: Reasons Why UTEP Makes Me Proud

I know from personal experience that at UTEP, a kid can receive all the training, all the support, everything he/she needs to go anywhere and do anything.

A wishlist as our U.S. women’s national soccer team plays England in the World Cup semifinals Tuesday in Paris.

Where’s the Beef? — Nothing Cheesy About This Former UTEP Linebacker

UTEP Grad Surrenders – What Made Him Wave the White Flag